VAR is the VRT (Flemish Radio and Television) advertising agency and sells advertising space in multi-channel (TV, radio, digital) to specialized agencies and advertisers. This organization based in Woluwe-Saint-Etienne employs about 50 people and works closely with other Belgian and foreign audiovisual agencies to help media professionals to realize their projects.​

This large-scale project represented a major challenge in terms of business needs analysis. Eezee-IT sculpted a custom Odoo environment with high added value thanks to a project team composed of a project manager, two analysts and a development team.​

We started from existing applications but also developed a module, from scratch, for contract management.​

For contract management, the user is able to create a contract dynamically by adding, deleting and modifying contractual clauses using an interface developed from scratch. The user can also create contract templates according to the type of collaboration with his clients. The contract can also be sent via Odoo and signed online. After the creation of the contract, the follow-up of all the contracts is crucial in order to allow the sales teams to ensure an effective management of its prospects and customers. The challenge was to develop an interface that was easy to use and flexible enough to encompass all the complexity of this commercial contract process.​

The "Contacts" module plays an important role in meeting VAR's desire to centralize as much information as possible about these customers. Among the modifications that were necessary, the integration with Atradius through an API is probably the most interesting; the goal being to retrieve information on the creditworthiness of customers and to allow the attribution of a limited credit level to them.​

The "Sales" and "Accounting" modules are connected to a service bus that communicates with other software to provide a complete campaign management workflow. Thanks to an automated process, Odoo receives the information concerning the campaigns booked via the bus service and translates it into a purchase order. The update (versioning) of the purchase orders is done as soon as a modification of the campaign is made on the dedicated third party software. The possibility of signing these purchase orders by employees.​

The purchase order is the starting point to ensure the invoicing process which also requires custom development to meet their needs. Generating invoices and credit notes in an automated way, ensuring an ergonomic follow-up of invoicing over time according to the execution of advertising campaigns, managing discounts according to predefined commercial agreements, integrating VAR's commission policy (discounts) for their large client accounts... the challenges were multiple for our analysts and developers to ensure a digitalization with the best possible user experience.​

Starting from the standard Odoo framework and thanks to the manageability of Odoo's technology, Eezee-IT was able to design an environment that aligns with its client's business, operational and financial processes and thus generate a high value added software.​ 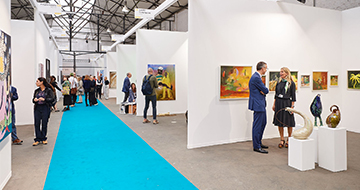 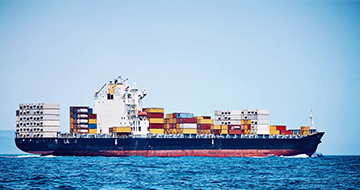 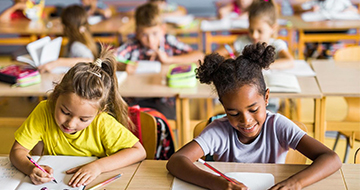 Subscribe to our newsletter to receive updates of our further events and latest Eezee-IT's blog articles.

You will received only e-mails from Eezee-it.
Gunther Clauwaert
Demander une offre

Thank you for your request.